Membrane Switch Overlay: The Key to the User Experience

A membrane switch is the bridge that connects the user to a machine, device, or other equipment. It serves as the control panel, facilitating functionality and enabling the user to control and command the device.
But the graphic overlay, or the membrane switch overlay, is widely considered the most critical component of a membrane switch assembly. Why? It’s the control panel that’s visible to the user, defining each location for specific switches and controls, meaning it plays a significant role in the user experience.
User Experience Wasn’t Always a Priority in Membrane Switch Overlay Design 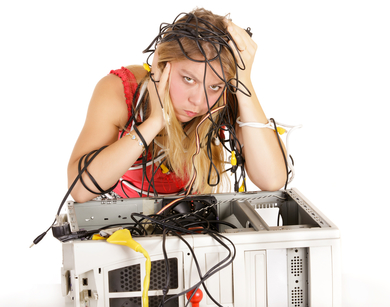 Years ago, user experience wasn’t a key consideration in electronics design. Electronics were rather rudimentary, not to mention larger, bulkier, and generally not very user-friendly. It was up to the user to adapt to the machine. Today, an entire discipline has emerged dedicated to the design of the user experience, in part due to the increased functionality possible with electronic devices today.
This, in turn, requires product designers to incorporate adequate, user-friendly controls for dozens – even hundreds – of processes and commands, compared to the very basic functions and switches from decades ago. Membrane switch graphic overlays, in tandem, have become modern, sophisticated components that serve as the bridge between not just people and their devices, but people and the world around them as we use technology more and more to communicate, educate, and entertain.
Devices are Shrinking While Capabilities Expand
Not only are the functional capabilities of electronics devices expanding, but devices and machines themselves are getting smaller. This inverse correlation poses special challenges in designing the switch overlay, which must now accommodate many more functions and controls in a smaller physical space.
Additionally, the use of electronic devices has become a part of everyday life, both for everyday users relying on consumer electronics for entertainment, business, and household needs, and for business users, who are increasingly turning to sophisticated machines and devices to improve processes and boost productivity and accuracy.
Thus, the user experience becomes a more prominent concern, and the membrane switch overlay becomes a critical component in the membrane switch assembly design process. A few decades ago, it wasn’t a major concern if a device control panel wasn’t located in the most convenient place, or if individual switches were not intuitively laid out. Today, it’s these specific design elements that play a major role in whether consumers will readily adopt a new device or flock to competing products which place user experience at the forefront.
Membrane Switch Overlay Defines Your Product’s Identity
When a user interacts with a device or machine, the experience remembered is the interactive experience. When someone watches television, for instance, the experience consists of activating the television using a remote or the buttons on the television itself, followed by the act of consuming media.
The graphic overlay literally defines a product’s identity. It’s the visual layout, organization, and design of the visual interface that determines how easy or difficult a device is for the average user to operate. And it’s this same membrane switch overlay that plays a role in the visual appeal of a device and the brand identity of a device.
Think about smartphones: The reputation of any mobile device depends largely on ease of use. The visual image of a device that comes to mind for users is heavily focused on the design of the membrane switch overlay, because it’s the one component that users tend to interact with most, thereby committing this visualization to memory. (Some studies suggest that the use of multiple senses – e.g., touch and vision – boosts memory retention vs. a single-sensory experience.) This is the user experience – tied directly to brand identity.
The Entire User Experience Hinges on the User Interface 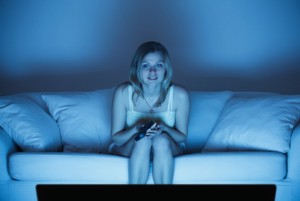 Need answers to all your questions about designing a membrane switch interface for any application? 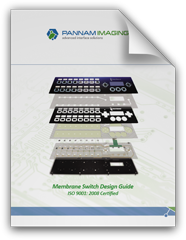